Can’t wait for your Nokia Lumia 920? Although shipments have started, not everyone has been able to get their hands on one yet.

But here’s an inventive solution constructed by my friend Geoff to “get a feel for the Lumia”. 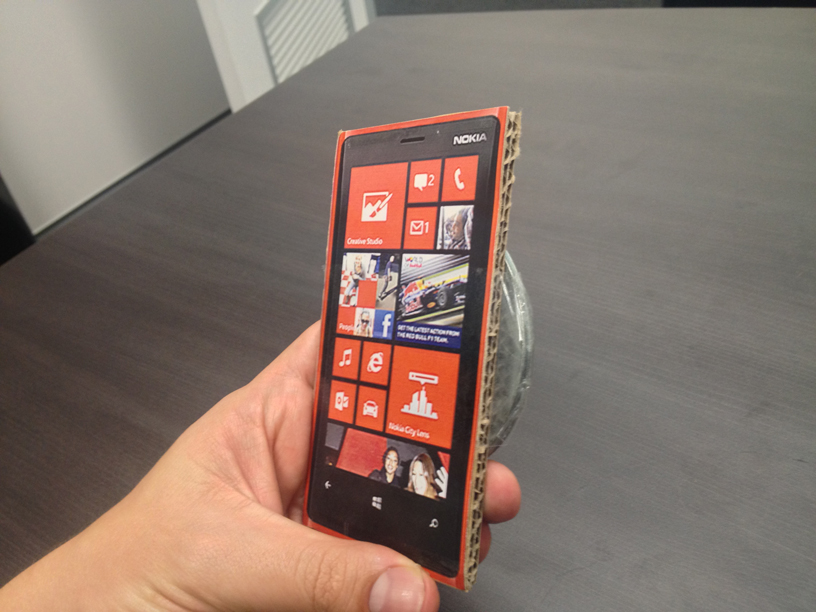 Almost as good as the real thing!

Inspiration is oft revealed in the unlikeliest of places. Such as, for example, the latest Bond film Skyfall, where M quotes the marvellous Alfred Lord Tennyson and his amazing work, ‘Ulysses‘:

Though much is taken, much abides; and though
We are not now that strength which in old days
Moved earth and heaven; that which we are, we are;
One equal temper of heroic hearts,
Made weak by time and fate, but strong in will
To strive, to seek, to find, and not to yield.

The piece was also used extensively during the 2012 Summer Games, as you can read about here.

Skyfall was a cracking film, too.