The web is awash with photo sharing services designed to broadcast your photos to as many people as possible. Even before the ubiquitous Instagram services like Flickr and Facebook were flooding you with photos from your friends of their holidays, their achievements, their pets, or whatever… photos that were liked, re-shared, posted, re-posted, pinned, re-pinned, tumbled, re-tumbled, tweeted, re-tweeted… 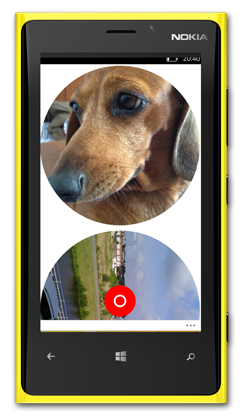 Among all the noise, the beautiful simplicity of sharing a moment with another human being – the supposed core mission of Instagram – was lost underneath the “social” deluge.

Enter Rando: a very different way to share a moment with someone.

Rando works like this: You take a photo and send it to the service. That photo will be sent (sort-of) immediately to another random Rando user, somewhere in the world. In return, you receive a so-called ‘Rando’ back from another user somewhere in the world. You have to send one to get one. Randos are always sent to exactly one person only, and they are always anonymous. You will never know who sent you the Rando, or who received yours. All you know is from what city it came.

You cannot select a photo from your gallery to send – you must take a photo with the camera right then and there. Most interestingly, all you can do with the randos you receive is look at them. You can’t share them, like them, reply to them or ‘re-rando’ them. They’re yours to keep – but only to look at.

When I heard about it, I thought two things:

After sending a few Randos however I found I was becoming strangely addicted. I realised it’s really beautiful in a way.

When you receive a rando, you know that it was a photo that was taken moments ago (because you cannot choose from your gallery). This gives the moment that is captured a sense of immediacy – what you’re looking at just happened. And because you’re sharing with exactly one person, and that person is waiting for your rando, it makes the exchange more like a gift, thoughtfully prepared and delivered with a touch of altruistic love. 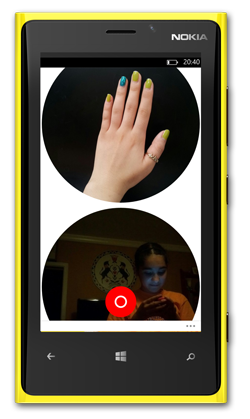 Compare this interaction with sharing your moment on Instagram or Facebook (ie blasting your whole network of friends and colleagues or indeed the whole internet with your ‘special moment’/interruption). Instead you’re sharing it with one special person who is literally waiting for your photo – your moment – to come in.

I found myself wanting to share special things with random people on Rando. This morning I happened by a strange Superman statue with its head blasted off. Cool, I thought. But instead of spamming my network with it, I felt immediately compelled to share this special find with someone on Rando. And the best part is that when I do, I get a rando back.

I’ve received randos from Russia, South Korea, Brazil, Venezuela, England, Scotland, Finland, Holland and even a random tiny island somewhere in the pacific. Looking at my growing rando collection I see incredible diversity of culture, architecture and people. It makes you realise that things and sights that for you are totally mundane and ordinary are for people in other parts of the world new and fascinating.

Rando is a beautiful idea that finally makes sharing pictures ‘social’ in the sense that you actually create a meaningful connection with another human being. It fights against the trend of making every object likable, sharable and distributable to as many people as possible, and instead lets you gift a moment to another human in a way that adds human meaning.

It’s available for iOS, Android and Windows Phone, and comes from the UK based design studio ustwo.

2 thoughts on “Why I’m addicted to Rando, a different kind of photo sharing app”