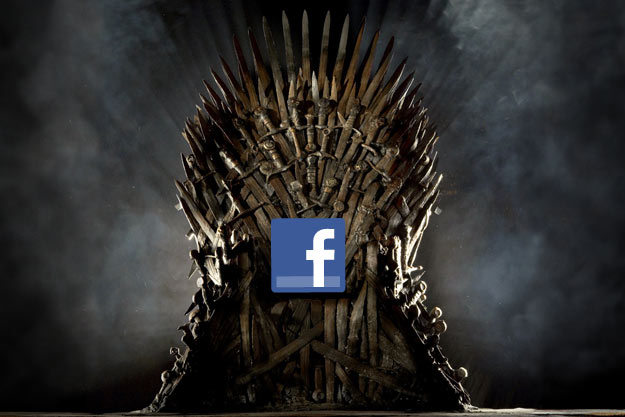 When the giants of the tech world play the game of thrones, it’s the users who pay the blood price.

Why? Due to hostilities between Twitter and the now Facebook-owned Instagram that can most likely be traced back to bad vibes stemming from some sneaky dealings during the company’s acquisition.

This is just the latest example of the user’s experience suffering as successful and loved products start to feel the investors’ pressure to focus on monetisation and revenue. LinkedIn users felt a similar blow when tweets stopped appearing on people’s user profiles as Twitter tightened up access to the API back in June.

The very open philosophy of APIs and data exchange that helped to build companies like Twitter is slowly getting left by the wayside in the search for sustainable monetisation strategies for “Web 2.0” products.

Where does this leave users?

Application experiences are increasingly taking place behind walled gardens – meaning that all, of the majority, of user’s interaction with the service is taking place within the proprietary application interfaces (twitter.com and the official twitter apps, in Twitter’s case, for example). This will lead to less choice and fewer options for users in terms of where and how to consume content and interact with the service.

Moreover, the products and services created by 3rd party developers leveraging APIs such as twitters have heavily driven innovation in the core products and the surrounding ecosystems.

When the first web mashup was born seven and a half years ago when Paul Rademacher reverse-engineered Google Maps to put craigslist rentals on a map it set a precedent that influenced, maybe more than anything else, how the web would develop for the following years. The social web as we know it today, led heavily by product companies such as Twitter, Facebook, Tubmlr, Foursquare, WordPress and many others have been built on a philosophy of openness, hacking and mashing up diverse data assets into new and compelling experiences.

As more and more of the power on the web is drifting toward more closed and walled-up product ecosystems like Facebook, Google+ and others, we need to call on these companies to remember the philosophy of openness that built the web that allowed them to succeed. Data should be becoming more, not less, available and sharable, and the pillars of the modern social web are in the position now to set the precedent for the next 7 years of innovation on the social web.